By now you may have heard that Animal Planet’s Puppy Bowl, the annual special shown each year on Super Bowl Sunday featuring puppies at play inside a model stadium, was filmed in Glens Falls this year. But you may not know exactly how this came to be. Read on for the story. And don’t forget that it airs on Super Bowl Sunday, February 7, at 2 p.m.!

The connection to the Puppy Bowl

“My best friend, Jeff Small, is a producer on the Puppy Bowl and they were looking for a venue,” Chad Rabinovitz, Adirondack Theatre Festival’s former Producing Artistic Director, tells the Warren County EDC. “Traditionally they’d film at a studio in NYC, but COVID-19 protocols wouldn’t allow enough space for social distancing. So they decided to look for an arena. They were considering options all across New York and Connecticut. Jeff is also a lighting designer and has worked on numerous shows at ATF and he called me up and said, “You have an arena, right?” And from that point on we pushed to make Glens Falls the most appealing option for the studio to select,” said Chad. “Jeff really fought for us and made it happen.”

The impact on local business

Chad also served as Locations Manager on the shoot. “That was important to me because a typical TV show would hire services without regard to the community,” he says. “This allowed me to ensure that the crew was staying at the Queensbury Hotel and that the catering each day was from a local restaurant like Davidson’s or Raul’s. The Puppy Bowl team was great about allowing me to do that. Also, M&M Digital Printing did a lot of the printing for us!”

Tyler Herrick, General Manager for the Queensbury Hotel, says, “We were fortunate enough to sell around 700 guest rooms over a 2.5-week time period for all of the parties involved. In addition, the Q provided all of the meals necessary for the production crew and participants during the week-long filming session at the Cool Insuring Arena.”

“In basic terms, this group saved our October and what would have been a lost month, enabling us to break even. Normally in October, approximately 70% of our business is groups, events and weddings,” says Tyler. “The attendees and producers were from all over the country, so it was a fantastic opportunity to showcase the amazing amenities and offerings of our city!”

“I don’t know the total impact, but I can account for at least $200,000 of spending. So it’s certainly over that,” adds Chad. “Man, did they love the food. I got compliments every single day about the catering we provided. That came from Downtown Social, Doc’s, Davidson’s, Raul’s, New Way, Fresh ADK, and the Queensbury Hotel. I also got tons of great feedback about the rooms at the Q. None of this is surprising to us locals, of course – we know these places are great!” 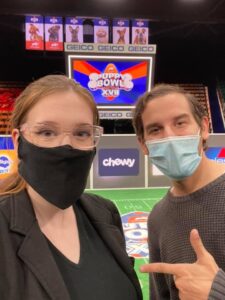 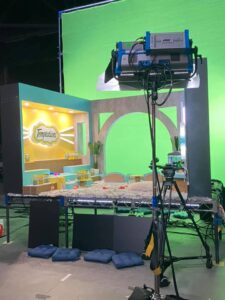 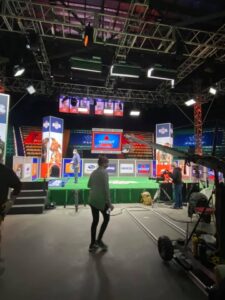 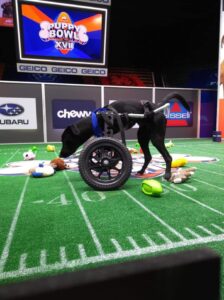 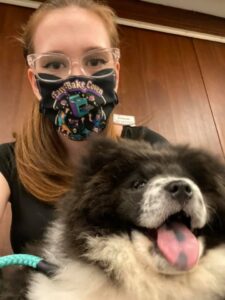 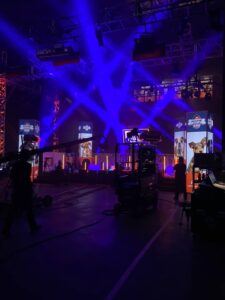 “I’ve never been a part of such a show, so it was fascinating to see the whole process. Just watching how they treated the field, the sponsors placements and such was impressive. At the time, you almost forget that this event will be broadcast to a national audience,” Jeff says.

“First, everyone had to take a COVID test within 48 hours of starting the process of setting up the event to be permitted into the arena or on property,” explains Jeff. “We also had rapid tests administered at the arena. You had to check in each day and fill out form that had the (now) standard health questions. Masks, social distancing, hand sanitizer stations everywhere, and signage reminding everyone of the protocols could not be missed.”

“To be on the site, there was only one entrance where you were checked in and given a band that said you were permitted,” he continues. “We have EMS on site each day and security around the building to make sure only approved people were allowed inside or inside the outside areas.”

Importantly, he notes: “They were great to work with. Everyone was on board with the restrictions we had to adhere to inside and outside the arena. The process worked, as we hosted this event with no health concerns.” 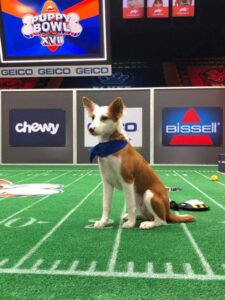 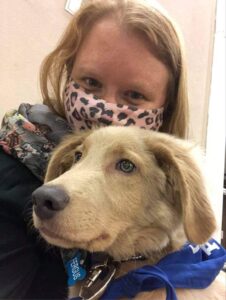 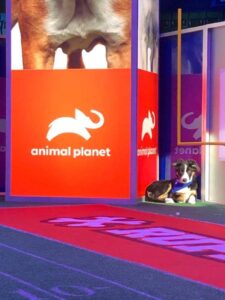 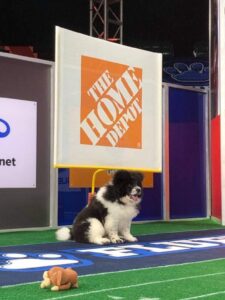 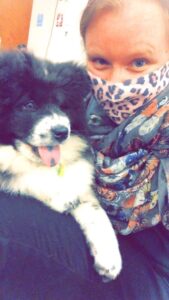 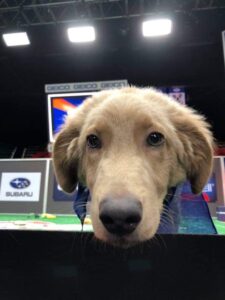 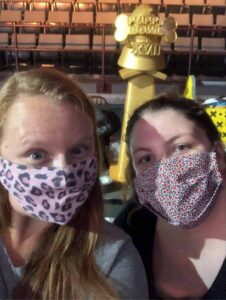 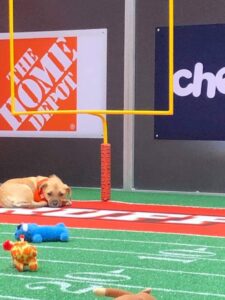 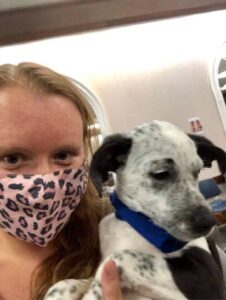 Puppy Bowl volunteer and Arts leader Candice Frye shared these photos of her time on set with us.

How are things at the Cool Insuring Arena?

“We are focusing on the 2021-22 Adirondack Thunder season,” Jeff says. “We have the Adirondack Stampede Charity Rodeo in November and the girls’ High School State Volleyball finals scheduled for November. If the virus subsides, we do have a few events scheduled in May, but we are not confident these will occur.”

“We are hosting the Glens Falls Farmers’ Market each Saturday during the winter. We have had ice in all winter and are renting to Adirondack Youth Hockey and a few other groups. Currently, games cannot occur, but if we are given the green light, we will keep the ice in through March,” Jeff continues. “We are getting some capital improvement projects completed and are in the beginning stages of a lobby upgrade. We are looking forward to welcoming back our Thunder fans and guests of the arena. Stay safe and we will see you soon.”

Candice Frye, Executive Director of LARAC, volunteered during filming. She says, “I did whatever production needed me to do- luckily it was all puppy related. Sometimes I would sit in the waiting rooms where the puppies rested when not on the set. Other times I was on set and helping make sure the puppies didn’t try to run around the arena.”

“There were A LOT to the production which I imagine brought a lot of guests eating and sleeping in our area,” says Candice. “It is always good for visitors to see Glens Falls and hopefully come back and visit again! It was a bucket list experience I never even knew to ask for. As a dog lover I knew this was going to be fun, but everyone was so nice and being behind the scenes and having this big event happen in our own town is cool. I hope this is just the beginning of Glens Falls and the Cool Insuring Arena working with productions like this and being a part of the entertainment sector from New York City and elsewhere.”

Chad concludes, “I think it’s worth noting just how big an impact this had on the community during a time when we needed it the most. It was so great to have a nationally recognized show filmed here amidst the pandemic, not only because of the economic impact, but also because of the positivity it brings. Can you think of a more uplifting show to come to your community than the Puppy Bowl??? Sure, 2020 was awful, but at least in GF it ended in puppies!”