Despite decades of work highlighting the region’s role in environmental conservation, perhaps what drew the most attention to the First Wilderness Heritage Corridor was its wildly popular Letterboxing Trail unveiled in the summer of 2021.

The trail was a way to introduce regional residents and visitors to stops along the First Wilderness Heritage Corridor, an initiative that began in the late 1990s to promote multiple communities along the Hudson River and celebrate their roles in our nation’s history and development of conversation.

“Our main recreational resource draw is Lake George and it’s been that way for a century, plus,” Frankenfeld said. “Warren County has lots of visitors, lots of economic activity in the towns that border the lake, but towns in the western part of the county are much less visited, much more rural.” 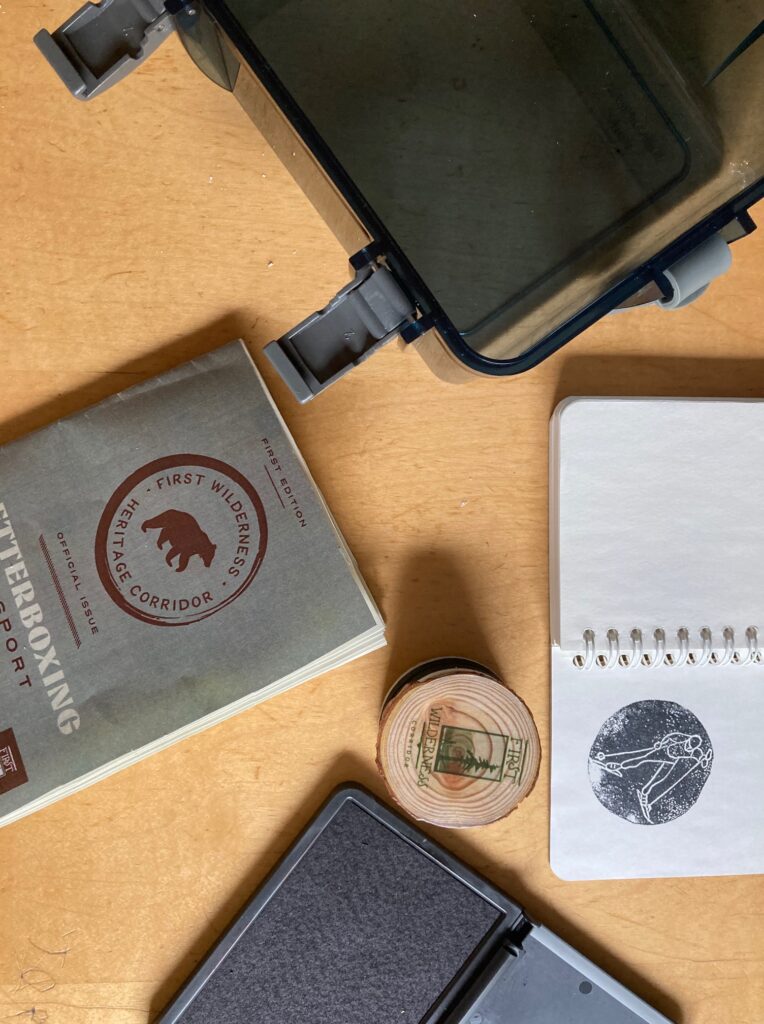 The Letterboxing Trail included stops in Lake Luzerne, Stony Creek, Thurman, Warrensburg, Johnsburg and Chester, as well as others along the river and Adirondack Rail Line. One hundred participants finished the challenge, the progress of which is tracked with “passports.”

“We have more than 100 finishers so far, and it seems like we’re off to an even busier start than we were last year,” Frankenfeld said, noting that those who completed the challenge hailed from Florida, Texas, Vermont, “all over the place,” and, of course, the greater Capital Region. “I suspect we’ll have more of those summer visitors who started last year and will finish this year.”

That success prompted a new trail, the Historians Challenge, which features historical locations throughout all of Warren County. “In the First Wilderness Trail, one of the comments was that people really loved learning a little about the history of the area, the historic locations proved to be particularly popular,” Frankenfeld said.

So, she reached out to the county’s 12 municipal historians and asked them to select a location they think is of interest in their communities.

“I really enjoyed learning about some of them,” she said. “My favorite is the Knox Trail marker in Bolton Landing; I didn’t know anything about this amazing history.” (During the Revolutionary War, George Washington asked Henry Know to move 50 cannons from Fort Ticonderoga to Boston in the middle of winter. Knox and a crew of soldiers with a team of oxen pulled the cannons down the lake. Today, there is a marker at every location they spent the night — five in Warren County.

Another of Frankenfeld’s favorites, she said, is a nod to our region’s rich history in papermaking. A museum in Lake Luzerne is home to the first piece of an innovative technology brought from Europe to the United States by Albrecht Pagenstecher.