If you’re in the market for award-winning artisan cheeses, look no further than Nettle Meadow Farm.

According to a press release on the company’s website, Nettle Meadow has won over 35 international and national awards for their products over the past ten years. The farm’s most recent recognition came at the start of 2022, when Nettle Meadow took home their third ‘Good Food Award,’ which recognizes both the quality of a product and the quality of care for animals whose milk is used in the product, for their specialty Kunik cheese.

Both of Nettle Meadow’s locations are open to the public during operating hours. The Lake Luzerne location hosts The Hitching Post, a retail store, and the Tavern, a tasting room with cheese boards, lunch and dinner service. The Farm and Sanctuary in Thurman is home to over 100 animals, including llamas, horses, bunnies and more. Nettle Meadow’s working goats currently reside in Amsterdam, where there’s ample space for the animals to live together comfortably. 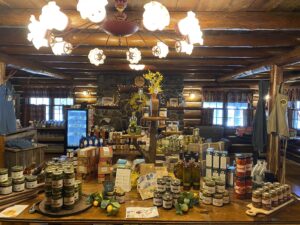 The Hitching Post in all its glory. We’ll take one of each, please! 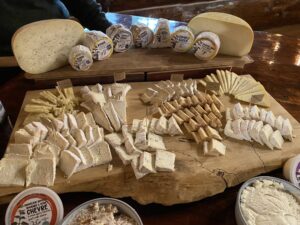 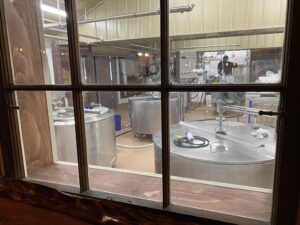 A behind the scenes look at where the magic happens! 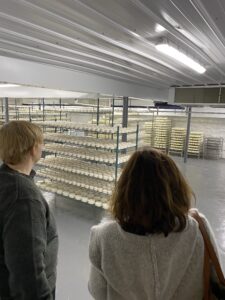 Owner and Cheesemaker Sheila Flanagan shares a peak at her cheese kingdom, while EDC’s Diane looks on wistfully. 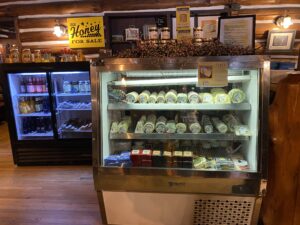 One of the most beautiful sights known to mankind: a fridge stocked with cheeses. 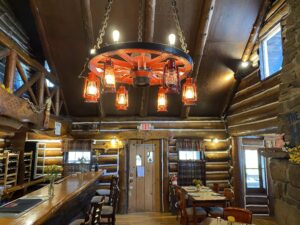 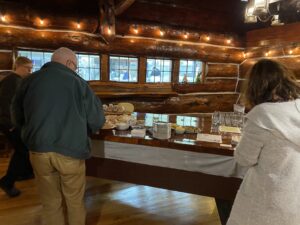 EDC’s John and Diane were too preoccupied with the spread of cheese to pose for this photo (who can blame them?)