Bill Collins says he had no plans to take office. The Glens Falls native was busy running a screenprinting business and serving in a full-time role for Special Olympics of New York, so when former Glens Falls Mayor Jack Diamond called and asked Bill to consider serving on Glens Falls Board of Public Safety, he planned to say no.

Bill met with Jack and, an hour later, walked out as a member of the board. His grandfather was a former captain of the Glens Falls Police Department, so the idea of overseeing the city’s fire and police departments drew him in. 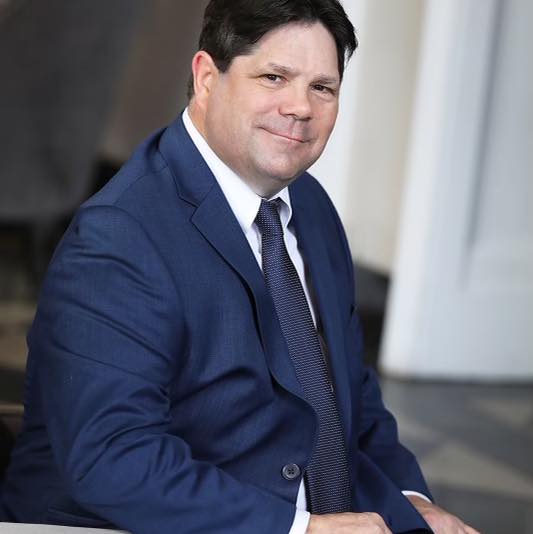 Born and raised in Glens Falls, Bill attended college outside Chicago, but came home, enrolled at SUNY Adirondack, then transferred to SUNY Plattsburgh, from which he earned a degree in psychology.

He planned to attend graduate school, but instead took a job in Johnston, Illinois, working with at-risk youth in a group home for boys. That job was the beginning of 30-plus years in human services, working with people with developmental disabilities and mental illness. For the past 18 years, he was director for Special Olympics of New York, running the sports programs.

As a member of the Board of Public Safety, Bill helped hire new fire personnel and police officers and approved special events in the city.

He found the role gratifying and learned how Glens Falls Police and Fire Departments work. He knew what the budgets were like and why.

A few years later, Jack returned to Bill with another idea. Ward 2 Councilwoman Judy Villa-White was reaching the end of her term limit and Jack asked Bill if he would consider running to fill the seat. Bill again went into the meeting thinking, “Thanks, but no thanks,” as he just didn’t have time. He left an hour later and threw his hat in the ring under the Democratic line as councilman for Glens Falls’ second ward.

While he never intended to get into city politics, Bill says one of the best things about Glens Falls government is its minimalism.

A large part of that simplicity started about five years ago, when someone suggested all councilpersons who served under Jack, elected officials whose terms were up that year, would run together as a unity ticket, regardless of party affiliation. They all won.

“I think [it’s] maybe the most effective government in all of New York state, possibly the country,” Bill said. ”Those are bold words, but I truly believe that, because there is no political infight in the halls of city government in Glens Falls.”

By the time Mayor Dan Hall decided he wouldn’t run for another term as mayor, Bill knew he was ready.

Since stepping into office in January, Bill joked that his biggest goal is to “not screw it up.” He gets serious, though, when he says Glens Falls is a “great small city” with an incredible sense of community.

That’s a community he loves — fishing and swimming in Lake George and skiing at Gore Mountain. His two older sons live in Manhattan, but he said he knows they will move back, even if they haven’t realized it yet.

Bill plans to spend the next three months learning about Glens Falls’ 16 departments so he can move forward with a firm plan.

His priorities include finishing the downtown revitalization project that started during Jack Diamond’s tenure. Other plans include investing in parks and bringing in housing, even if that means changing zoning laws.

“It would’ve been unthinkable 25 years ago that you would want people to live downtown,” Bill said. “The original goal was to create industry downtown, have offices and bring businesses in. Today, you need housing to attract those businesses and sustain the growing workforce.”

In the meantime, Bill knows Warren County is heading in the right direction. He says he plans to work with the EDC to ensure broadband is expanded; to see a higher, faster rate of broadband for downtown Glens Falls to attract technology companies to the city; and to secure more special events in Glens Falls to grow the tourism economy and boost revenue for area businesses.