Glens Falls is home to many arts organizations within 4 square miles of its bustling downtown, including two prominent theater spaces and a prolific theater group.

The Charles R. Wood Theater, located on Glen Street, opened its doors in June of 2004 after the former Woolworth’s Department Store was renovated into a performing arts space. Starting with Adirondack Theatre Festival  — which inhabited the space even before it was a functioning theater — the Wood became a venue to host local arts organizations’ events. Theater and dance groups, and performers of all kinds now use the beautiful 294-seat space to perform for the community. 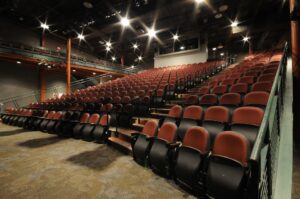 Over the past 15 years, the theater has grown to be a multi-level community space with a stage and space for events such as rehearsals, parties, meetings and weddings, along with a shop space for building and painting sets. More than 90 percent of what happens at Wood Theater is rental-based.

Just down the street and around the loop of Centennial Circle you will find the newly renovated Park Theater. Located on Park Street, the theater first opened its doors in 1911 as a movie theater, the first of its kind on Glens Falls, showing silent films and vaudeville shows until it closed in 1935. The theater underwent a variety of transformations as a printing plant, a concert hall, a movie theater and in recent years reopened after extensive remodeling by owner Elizabeth Miller.

Entertaining the community since 1935, Glens Falls Community Theatre (GFCT) produces a fall musical, a midwinter murder mystery dinner theatre and a play in the spring. GFCT also offers a senior seminar, provides scholarships and produces a free family theater series that takes place in Crandall Park in July and August.

Glens Falls Symphony has brought fine symphonic music to audiences in the region for more than 30 years. Glens Falls Symphony creates fun events, such as storytime readings of music books at libraries and bookstores, a music film series, panel discussions, author events on books related to concerts, restaurant events to bring patrons downtown, parties for sponsors and donors, and special fundraising events that bring a fresh approach to live music.

About 12 miles to the north in the village of Lake George, there are several beloved theaters and performing arts venues.

Lake George Dinner Theatre, in residence at Holiday Inn Resort on Canada Street in the heart of downtown Lake George, is one of the most intimate professional dinner theater in the United States. Each seat is 30 feet or less from the stage. Lake Dinner Theatre pairs professional light-hearted comedies with delightful pre-show luncheons and dinners. Patrons enjoy a delicious meal (choice of four entrees), served by friendly waitstaff in a cozy, relaxed environment.

The ever-popular French Mountain Playhouse is located in Lake George RV Park. ​​Nearly every night in the summer, French Mountain Playhouse hosts free professional entertainment, creating a unique experience — theater while camping — for the whole family. What makes these performances so unique is that you can see professional performances while you camp.

Adirondack Shakespeare Company has produced 27 titles by Shakespeare and seven children’s plays since its inception in 2008. The company strips down spectacle and technology, and focuses on the artfully crafted words and nuanced performances of the actors. 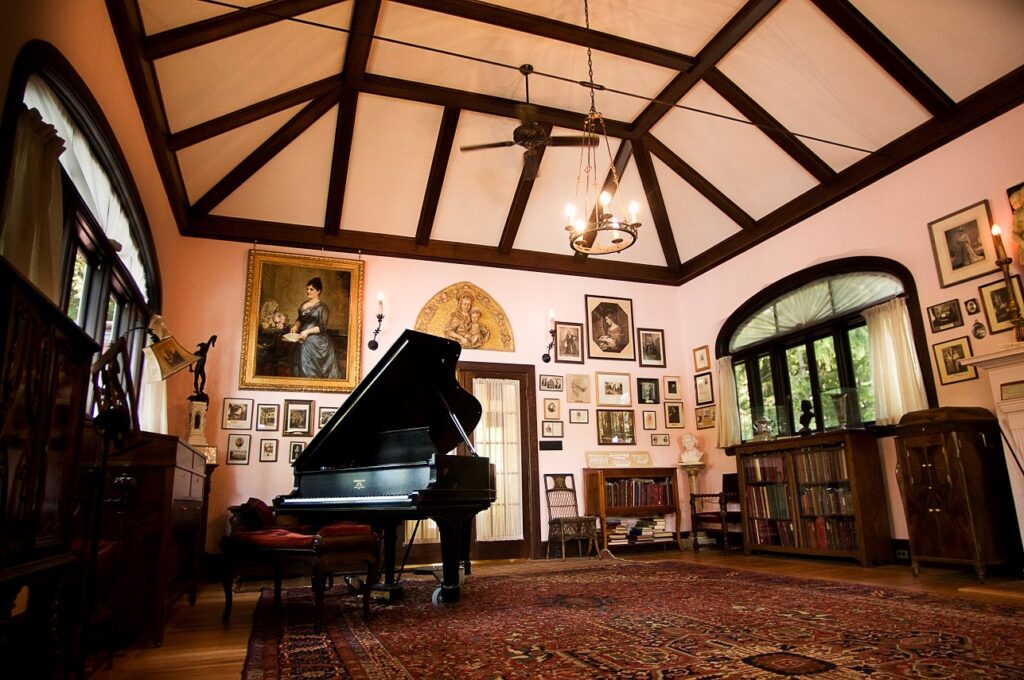 Since 1940, The Sembrich in Bolton Landing has operated as a museum, performance venue and foundation in honor of Polish-American soprano Marcella Sembrich. Sembrich was one of the most prolific musicians and teachers of the late 19th and early 20th centuries. She performed in leading roles across Europe and the United States. Today, The Sembrich is listed on the National Register of Historic Places, providing a destination to explore music, history and nature in the Adirondack region.

Youtheatre, located in Lake George, is a musical theater workshop for students ages 11 to 18. Each July for the past 43 seasons, students come together, taking on different roles on stage and behind the scenes to produce three Broadway musicals in four weeks.

The Festival Commons at Charles R. Wood Park is a picturesque venue at the southern end of Lake George. With panoramic views of The Queen of American Lakes, eventgoers can also take advantage of all that Lake George offers in terms of activities and sightseeing, all within a short walk. The Park hosts many events throughout the year, including concerts, Adirondack Wine and Food Festival, Americade, Adirondack Nationals Car Show, Adirondack BBQ Festival, 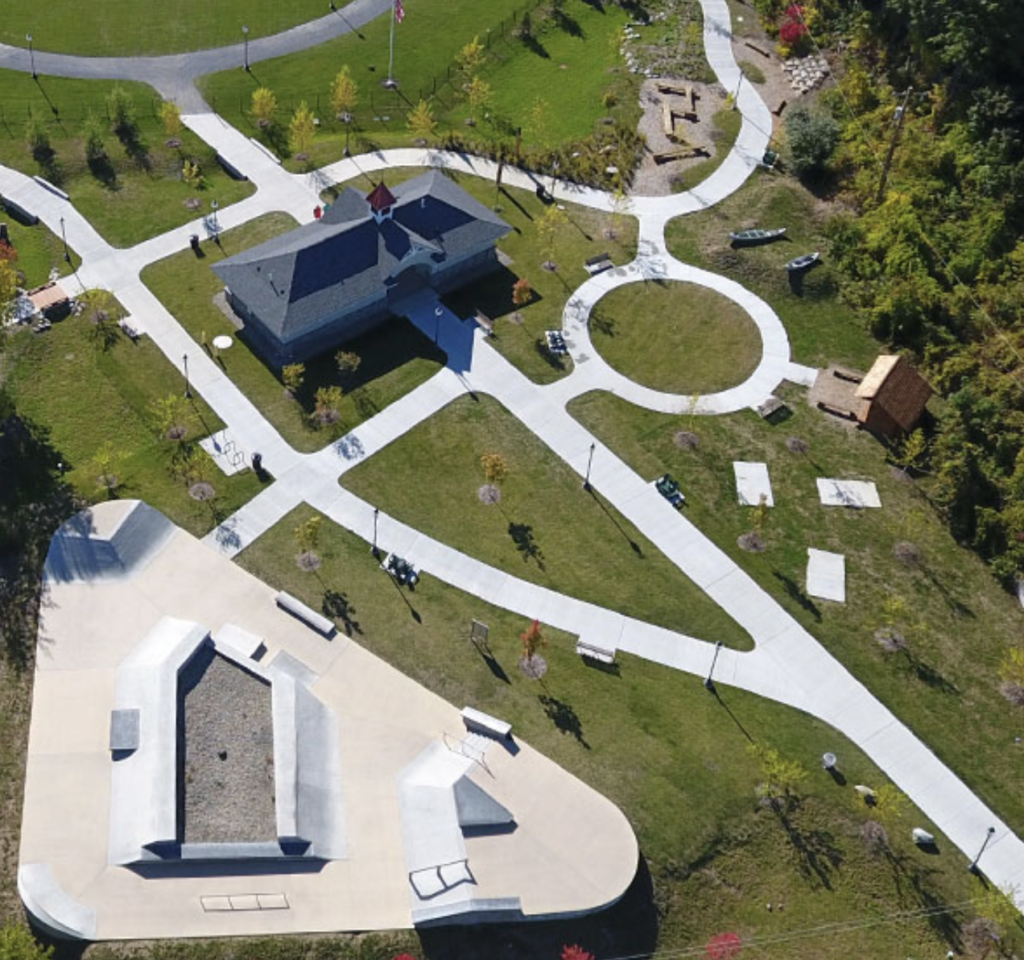 Holiday Festival of Lights and much more.

Chestertown is home to historic Carol Theatre on Riverside Drive. This performing arts center was closed for a number of years before current owners Vanessa and Ryan Hutton purchased the building in 2019. They have restored parts of the theater to its former glory and are planning a grand reopening in the spring of 2022.

Our Town Theatre Group calls North Creek, in the heart of the Adirondacks, home. The groups have been sponsoring events and staging productions since 1997. For its first five years, Our Town Theatre Group traveled from venue to venue, performing wherever space was available, including a tent in the Upper Hudson River Railroad parking lot. The group found a permanent home in Tannery Pond Community Center.

Luzerne Music Center in Lake Luzerne was founded in 1980 by late Philadelphia Orchestra cellist Bert Phillips and Steinway pianist Toby Blumenthal. Students study music theory and rhythm, train in small and large ensembles, and receive daily chamber music coaching and weekly private lessons. Students ages 9 to 18 come from all over the world to train and perform for the public on and off-campus throughout the summer.

With year-round production of comedies, dramas, dinner theater events and more, Warren County is an arts destination with something for everyone.