Foothills Business Daily reports that Saratoga Springs developer Sonny Bonacio agreed to renovate the long-vacant Sandy’s Clam Bar building at the corner of South and Elm streets in Glens Falls. This renovation is part of Phase One of the “Street of Dreams” redevelopment for the South Street corridor that was first announced in 2016. 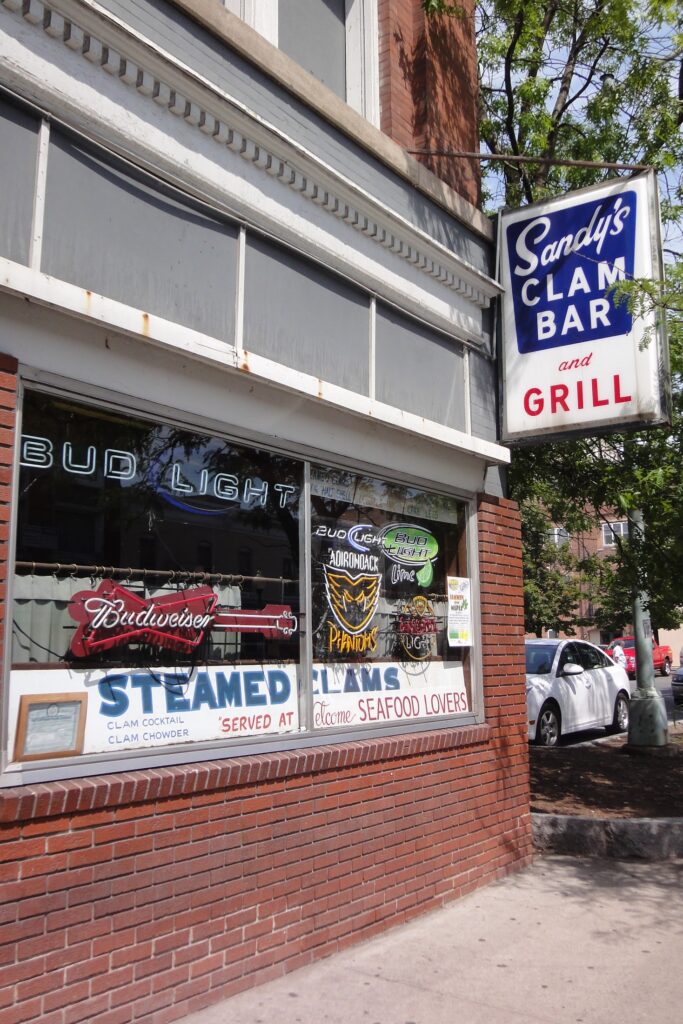 Glens Falls Mayor Bill Collins told Foothills Business Daily that the Market Square Center proposal is moving forward. The project will encompass the incubator building and Hotshots buildings, which Bonacio bought for a combined value of $395,000.

“The building will meet the needs of the Farmers Market but also be used year-round by the city,” Mayor Collins told Foothills Business Daily. “I can envision five weeks of a Christmas Market instead of us putting tents up in City Park. I can see turning Taste of the North County into a bigger event. Maybe we bring in Rachael Ray and have a food festival that runs up and down South Street. I’m hoping to build on the events Glens Falls currently has, to make them bigger and more attractive to larger groups of people from out of the region. I want the Farmers Market folks to be welcome in the space.”