/ “The Upside” Blog / The Bird’s Eye View: Catching Up with Architect Bob Joy

The Bird’s Eye View: Catching Up with Architect Bob Joy

Bob Joy is a staple to the area, with a perspective like no other. As an architect and founder of JMZ Architects and Planners, he helped design many buildings in Warren County and has played a significant role in Glens Falls’ renaissance. Joy was the founding director of the Lake George Arts Project and the Glens Falls Symphony Orchestra. He has also served as a director of the SUNY Adirondack Foundation, Feeder Canal Alliance, Glens Falls Industrial Development Agency, and as vice chairman of the Greater Glens Falls LDC, among many other accomplishments and leadership roles. We caught up with Bob recently to gather his thoughts on where we are heading, and learned a little about his unique neighborhood over on Coolidge Avenue in Glens Falls. 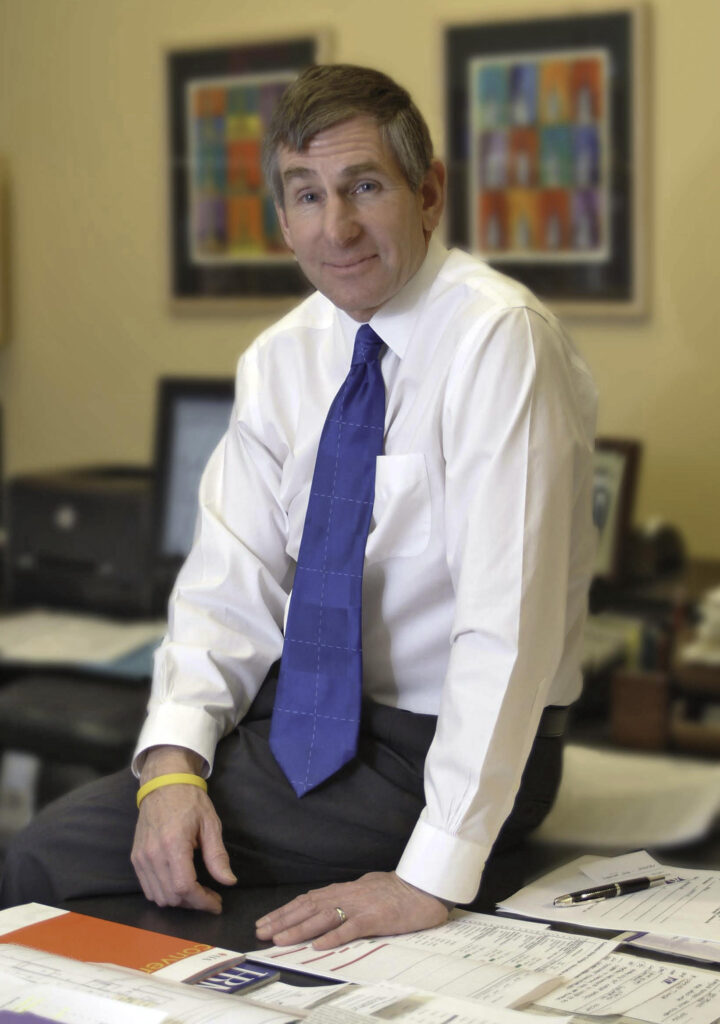 Tell us about yourself, Bob.

My connection to this area is through the Silver Bay Association on Lake George. Beginning when I was five years old, I spent a week or two there every summer with my family. During 1969 and 1970 I was a summer “emp” working as a busboy. In my last year of architectural school at Cornell, I elected to prepare a master plan for the Silver Bay campus as my design thesis. I then took a job with a Glens Falls firm when I graduated to publish my thesis and see it implemented. Two weeks after I obtained my architectural license in 1977, I hung out my shingle as a solo practitioner. I had become enamored with the historic buildings in downtown Glens Falls and was eager to see them renovated.

A small group of us purchased nine buildings at the corner of Warren and Ridge Streets from the Urban Renewal Agency and renamed the area New Fountain Square. At the same time, I was designing renovations to Glens Falls City Hall and Irongate Center. The preservation movement was gaining momentum nationwide and few communities had as rich of a stock of historic buildings as Glens Falls. Ironically, we discovered that our future as a community was in our past.

In 1979, I moved my office to Warren Street and began hiring employees. In addition to historic preservation and downtown revitalization, I began designing projects for what was then First National Bank (now TD Bank) and Hudson Headwaters Health Network. Eventually, the firm found a niche in designing college and university buildings, particularly community colleges. We did a lot of work throughout the SUNY system as well as in other states. One of the most meaningful relationships for me was my 25+ years as the planner and architect for most of the projects at SUNY Adirondack. It was a privilege to guide the transformation of the campus over the years and bring the quality of the facilities up to match the quality of the programs and faculty they housed.

The firm is now known as JMZ Architects and Planners and is still going strong. Actually, they have become even more successful since I retired at the end of 2016, proving the adage that it pays to hire great people and then get out of the way.

JMZ has been a women-owned business for many years and was twice named the best architecture firm to work for in the country.

What do you think of the progress that’s been made?

When we started trying to revitalize Glens Falls, everyone was lamenting the loss of retail stores, principally to Aviation Mall and other locations in Queensbury. It took a long while for people to realize that the future lay in the arts, entertainment, recreation, and restaurants.

The steadfast commitment to downtown by Glens Falls National Bank and the renovation of the former Woolworth Building into the Wood Theater were critical, too. Enlightened developers like Peter and Suzanne Hoffman, Elizabeth Miller, and Sonny Bonacio have made the downtown area an attractive place to live, work, and socialize.

Do you have dreams you’d like to see come to fruition?

Since you asked about dreams, I can’t wait to see the transformation of South Street, long referred to as “the street of dreams.”

Tell us about your neighborhood.

Priscilla and I have lived on Coolidge Avenue for forty years, long enough that we are renovating portions of the house for the second time. We just had our annual Coolidge Avenue block party on Memorial Day. I got to meet several new neighbors and reconnect with older ones. Thanks to Elizabeth Hogan and others, we have a children’s art show in July with the proceeds going to a different charity each year. The kids put on a backyard musical in August that is always fun to watch.

I recall looking around one year and realizing that Senator Little, Congressman Murphy, several state troopers, and a member of the Warren County Sheriff’s department were all in the audience. There’s a wonderful sense of community on Coolidge.

What is EDC’s role in the upswing we’re seeing here in the area, from your perspective?

I just had a stimulating conversation with Jim Siplon, the EDC’s CEO. He gets it. We talked about several of our new neighbors who have relocated to Glens Falls and now work remotely for organizations located in New York City. We used to think that it was just the “creatives” that could live and work anywhere. Now, it seems as though a wide swath of professionals, technicians, and writers can live in our region where housing is affordable, schools are good, and health care is top-notch.

To do that, of course, they need access to high-speed Internet.

While EDC should continue to focus on attracting and supporting businesses, they probably also need to market this region as a desirable one for these individuals who will invest in homes, populate our schools, and support our communities. There’s probably not much difference nowadays between tourism promotion and economic development promotion. As the tagline of the Adirondack Regional Chamber of Commerce says, “Live like you are on vacation.” It was certainly true in my case. I first came to the area for a vacation, chose to live here, and started a business that has thrived for more than 40 years.

What would you say makes our region special and unique?

Despite the recent growth, it still feels like a small town. Yet we have a world-class art museum, a vibrant arts community, live theater during the summer, and a film festival in the fall.

Where else can you ski on cross country trails in Crandall Park or downhill at West Mountain during the winter, and summer on Lake George or one of the many smaller lakes in our region?

What are your favorite things to do locally?

In addition to enjoying performances at the Adirondack Theatre Festival, my wife and I are avid cyclists who love to do a morning breakfast ride to Ginny Rae’s on Dix Avenue or the Spot in downtown. We’re probably on the Warren County Bike Trail four times a week during the season.

I have become an avid photographer in my retirement and love to explore the region with a camera. Practically every weekend we visit the Farmers’ Market or head to one of the restaurants downtown for dinner. I love that there are so many good choices now.

What would you say to someone thinking to relocate or invest here?

Do it. We have a welcoming and supportive community and organizations like EDC that stand ready to help.