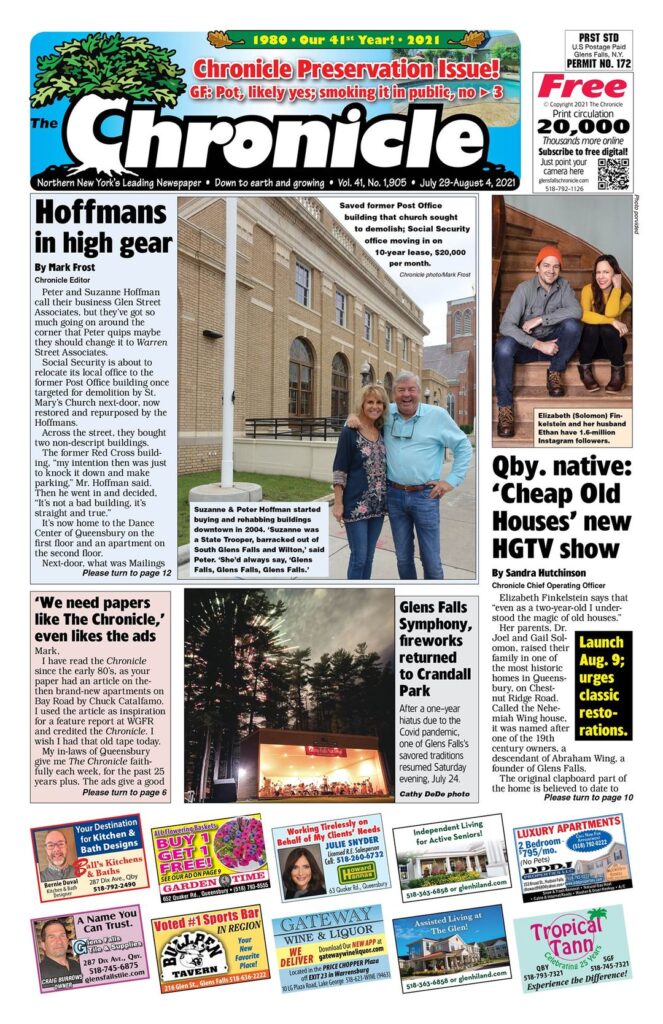 Peter and Suzanne Hoffman of Glen Street Associates have 65 commercial tenants and 175 apartments in the greater Glens Falls region. They live in Clifton Park and have a Lake George home at Huletts Landing.

EDC Warren County caught up with Peter the same day he and Suzanne appeared on the front page of the Glens Falls Chronicle (pictured at right).

Read the Chronicle article here, which covers the history of their redevelopments in Glens Falls, from 2004 to the present day with redeveloped buildings to house Sweet Beet Bistro and Dance Center of Queensbury coming in on Warren Street, along with their preference for vintage décor, greenery, and more.

Read on for the questions EDC Warren County asked Peter. 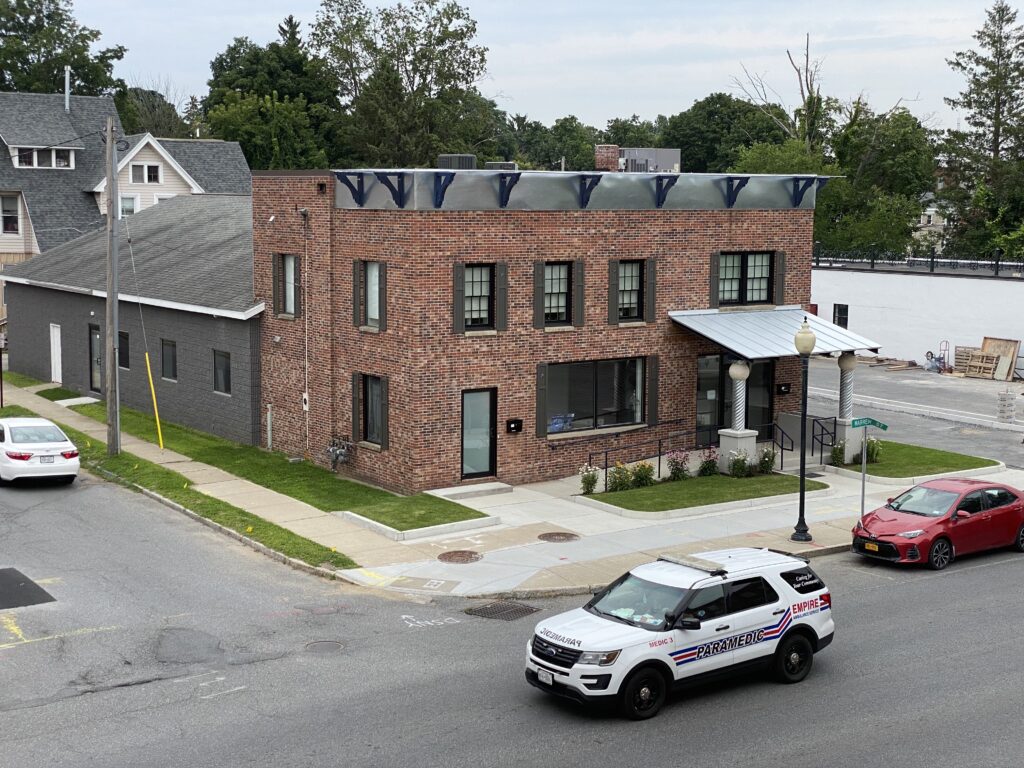 How did you come to invest so heavily in Glens Falls?

My wife was a state trooper up here and I was based in lower Saratoga County. She would say how great Glens Falls was. When we decided to sell some of our stock in Clifton Park, I said, “Show me Glens Falls.” We came up here and met with Mark Levack and he gave us a tour. With all of his enthusiasm, it sounded like a great place to cast anchor. With 100 Glen Street, we tore it right down to the outside of the building, and in 6 months it was full and really has remained full all along. When I look at other market areas down south, those commercial markets are struggling and we’re extremely busy. 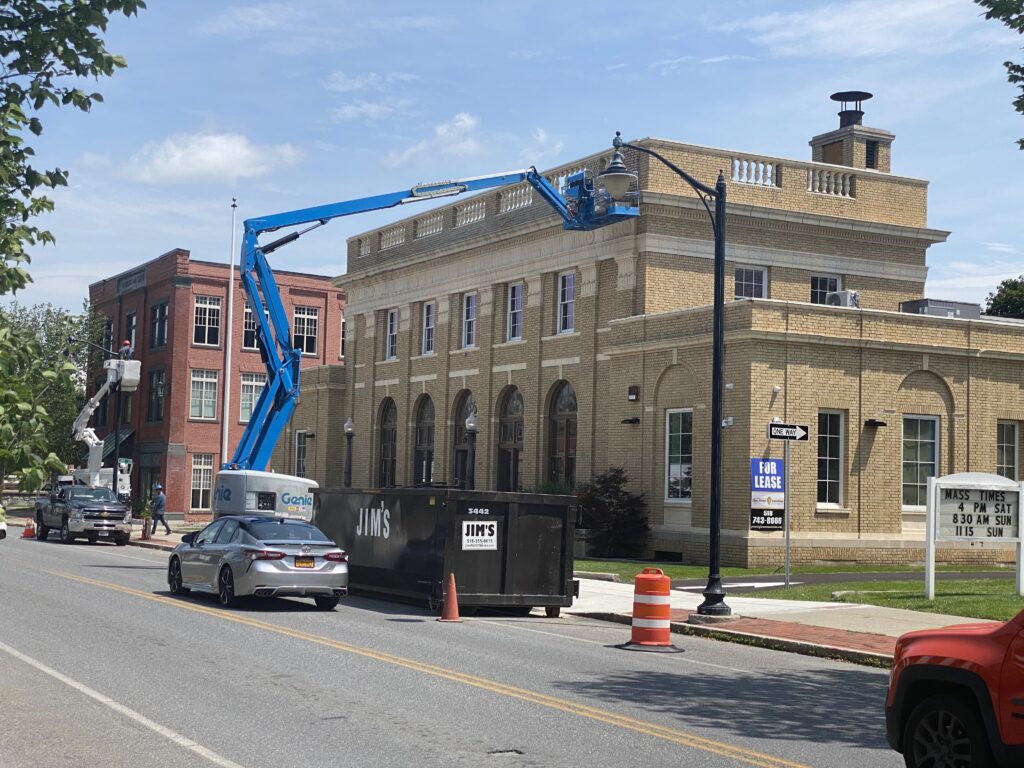 What’s your pitch to tenants who are considering Glens Falls. For example, a commercial tenant from downstate?

When I talk to people and they say, “What do you have here? What is good about Glens Falls?” I say, “We’ve got a few museums that you can walk to right here, with the World Awareness Children’s Museum, Chapman Museum and Hyde Collection, and 20 minutes away we’ve got the National Museum of Dance, we have the Cool Insuring Arena right here and a large performing arts center in SPAC, and we have a horse track. And we have two major hospitals.” They say, “All that is just 20 minutes from Glens Falls?” We underthink that we’re part of Saratoga. When you’re coming up from downstate New York, New Jersey, or Connecticut, a 20-minute destination is nothing.

In my generation, we’d ride in old un-air-conditioned cars on rough roads and we’d today we get in our SUV or electric car, we have our digital music, and 20 minutes is a pretty comfortable drive. Lake George is right in between the Saratoga and Adirondacks, with the quickest access to New York and Boston. You can do a day trip to Montreal, New York City or Boston in three hours. The local problem is that we only think of Glens Falls as who we are and we’re part of a bigger canvas. 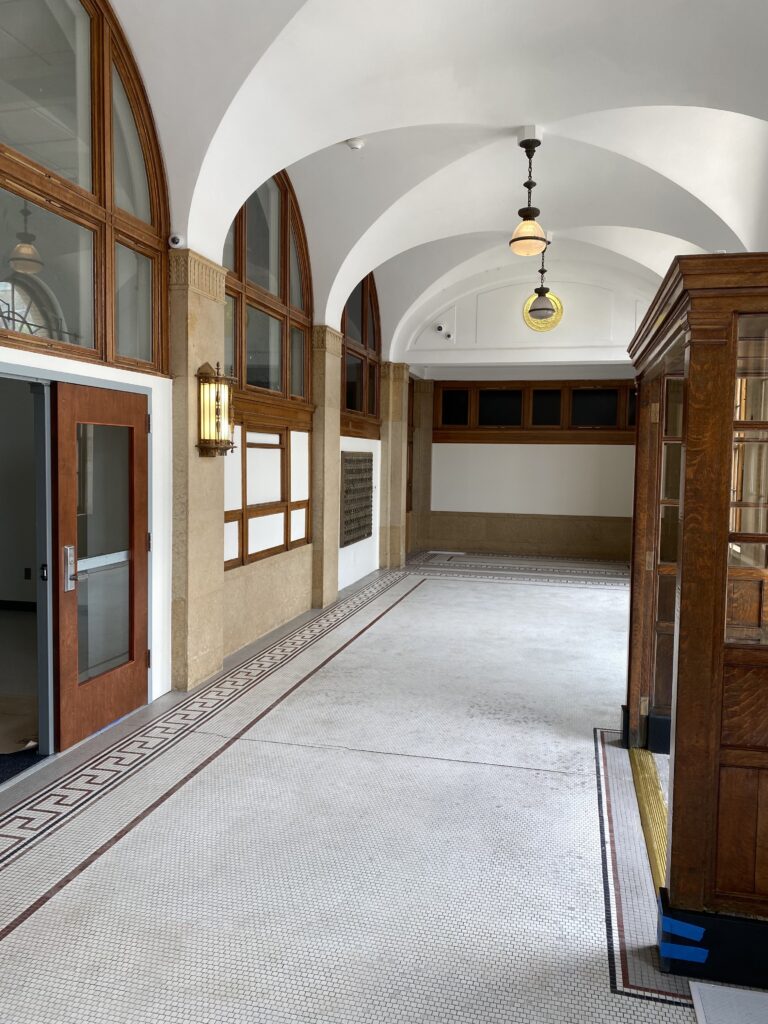 I love the community. The people of Glens Falls are so great. I think they’re an underestimated resource. The enthusiasm! We have people who thank us for developing the city, and I like to be where we’re appreciated. They love their community and they want to remain in their community.

And there were enough old buildings downtown. I wanted to do more redevelopment of old buildings and there was a lot of inventory for us to work from, and that was important among all the other things — like the proximity, that it’s financially extremely viable, and has an extremely bright future. 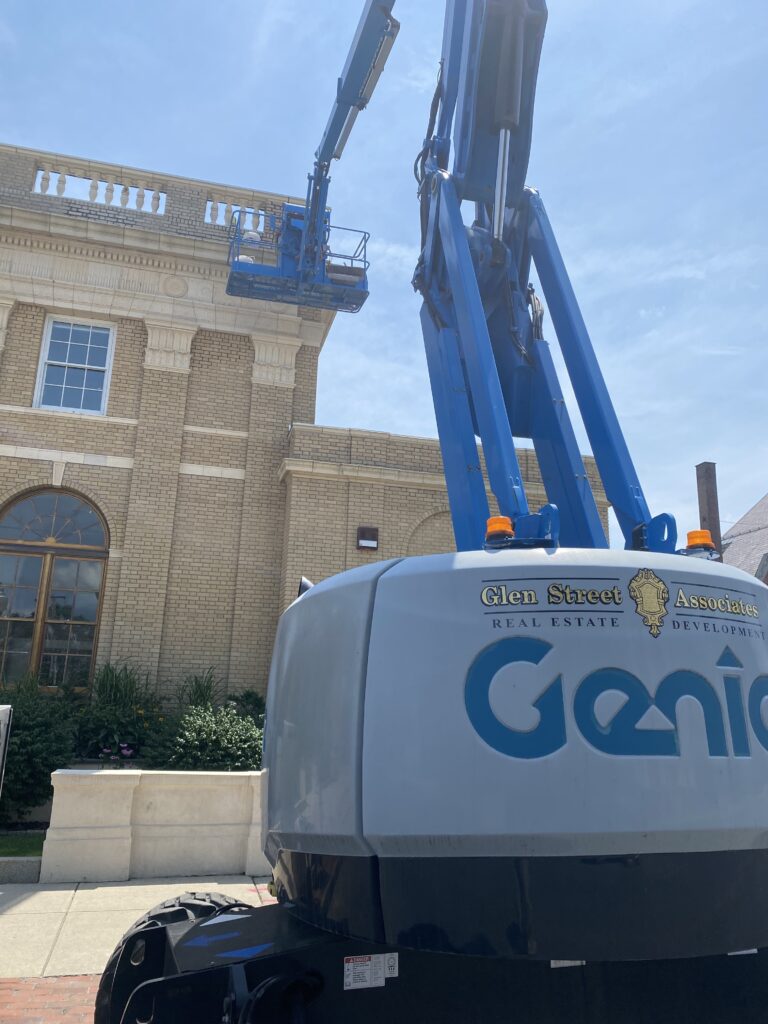 What are you working on now?

We’re working on a couple of large and small projects. We’re just finishing up on Sweet Beet and the Dance Studio (Read more on that in this week’s Chronicle!)

We’re still looking. We’re still active. I think there’s tremendous opportunity for anyone coming into this area, and I’m always surprised that developers like me aren’t beating the door down to get in. When I look at other regions, I’m so glad I came north. 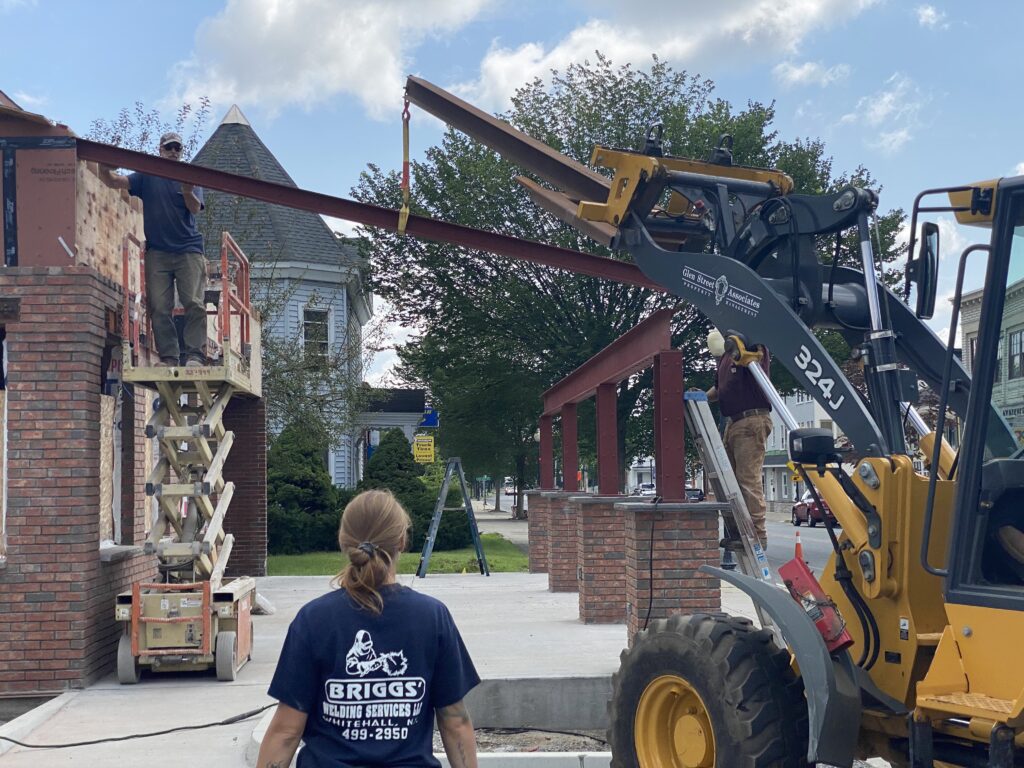 What are some of your favorite places to shop and eat in the area?

We love Morgan & Company, that’s one of our favorite ones. And Gourmet Café, Siam Thai Sushi, and Raul’s. We buy from the downtown merchants, like Fountain Square Outfitters and Lake George Olive Oil Company. We have a terrific gift shop in Hudson Falls, Helen of New York. It’s the nicest gift shop in the whole North Country area. It’s incredible what they’ve done and they need more space in the building. Hudson Falls has been another great opportunity for us. They’re very welcoming and we’ve got quite a bit of space over there.

I can’t let it go without saying that EDC has been a great ally of ours ever since we came to Glens Falls, working with Ed Bartholomew and John Wheatley. They’ve really helped us get to where we are today. EDC has really been there for us.

Are you thinking about investing or relocating to Warren County, or expanding your business here? Contact EDC!