The county’s population of 65,000 people enjoys diverse communities, ranging from the small city/suburban environment of Glens Falls and Queensbury in the southern part of the county to the rural towns and villages in the Adirondack Park to the north.

A large amount of Warren County’s land mass lies within the Adirondack Park’s “blue line” boundary and features access to an abundance of all-season, outdoor recreational activities. Lake George draws visitors from all over the world. There are a plethora of festivals, tournaments and cultural celebrations that take place annually including the Adirondack Balloon Festival, Americade, LARAC, NYS Boys Basketball Tournament, Adirondack Film Festival and many more that draw visitors to our region. 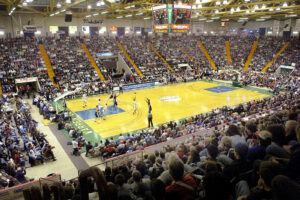 The City of Glens Falls, located at the southern end of the county, is home to a number of museums, such as the world-renowned Hyde Collection and the World Awareness Children’s Museum. A bustling city center features a variety of dining and entertainment options, as well as two popular microbreweries. The city has a number of parks, an outstanding library, a professional symphony, and the Charles R. Wood Theater, which hosts the Adirondack Theater Festival and other performances. The Cool Insuring Arena (formerly Glens Falls Civic Center) is home to the Adirondack Thunder, the ECHL professional minor league hockey team.

To the south there are more world class attractions located in both Saratoga Springs, NY (15 miles south) and the  Albany, Schenectady and Troy area (45 miles south) located along I-87 corridor. In Saratoga, there are well known venues and attractions such as The Saratoga Performing Arts Center,  Saratoga National Golf Course, Saratoga Battlefield and the world renowned Saratoga Racecourse which hosts thoroughbred horse racing meet from all over the world in July and August. 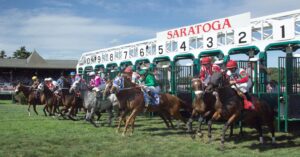 Warren County offers easy access to all major cities in the Northeast. Located roughly equidistant to New York City, Boston, and Montreal, Warren County is situated in the heart of New York State’s Capital Region/Hudson Valley tech hub – now recognized as one of the nation’s premier science and technology corridors.

In addition, the county’s four seasons and wide-ranging geography allow residents and visitors to experience a variety of recreational and cultural activities. Warren County’s location in the southern Adirondacks provides access to unlimited outdoor activities and breathtaking scenic vistas.

According to data reported by The Weather Channel, for Glens Falls, New York:

Comparing popular regions of Tech Valley in upstate New York, the Glens Falls MSA has a lower cost of living index than the Albany-Schenectady-Troy MSA, according to reports on FindTheData.org.

The most recent statistics by the National Association of Realtors show the median sales price of existing family homes in the Glens Falls MSA to be significantly lower than in the Albany-Schenectady-Troy MSA.  Indicates that living in Warren County, on the northern edge of the greater Capital Region, has significant financial advantages for primary residence housing. There is a wide variety of housing stock to choose from including downtown city living, tree lined streets, suburban neighborhoods, lake homes, mountain and hamlet housing and more. There are a large amount of second homes in the northern rural towns especially near lakes and mountains.