Music, theater, dance, the visual arts, museums, and fine pubs and restaurants abound: there’s really no end to the cultural activities in the Warren County area.

Glens Falls’ vibrant arts community enriches the lives of residents and draws thousands of visitors every year. Within a single square mile, 14 arts and cultural organizations brighten the City scene.

The mission of the Arts District of Glens Falls is to link the arts and cultural organizations through a physical and virtual Arts Trail and ongoing marketing and collaboration. For more information on the Glens Falls Arts District click here.

Cultural offerings in Warren County and adjacent Saratoga County enrich the quality of life. Here are just a few of the highlights of what the region offers: 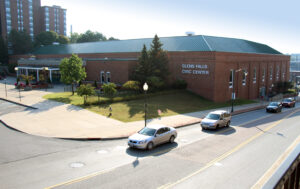 The arena, along with being a hockey and basketball venue has a rich entertainment history. On June 21, 1989, The Who kicked off their 25th Anniversary Tour at the Civic Center. It was the first time in seven years they were on tour. Iron Maiden played here for the first time in at the Civic Center 1982. 19-year-old Mike Tyson defeated James Tillis for his 20th straight professional career win, at the Civic Center on May 5, 1986. Tyson won via unanimous decision in the 10-round fight. Two months later, on July 26, 1986, Tyson fought and defeated Marvis Frazier in 30 seconds via KO for his 25th straight win in his professional career.

On October 31, 1994, it became the site of the first of six “Halloween costumes” by jam band Phish. That evening, in the middle of a three set concert, Phish performed The Beatles’ White Album in its entirety. The show was recorded and later released as a live album.  Phish returned to the Civic Center on October 23, 2013, playing “Back in the USSR” and “While My Guitar Gently Weeps” from the White Album. 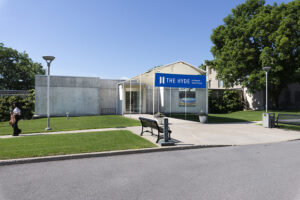